The Almond Board of California is a diverse group of almond professionals that is advancing almonds throughout the world, maximising the impact of California almonds, and embracing innovation and research. Meet the key staff members who work at the Almond Board. 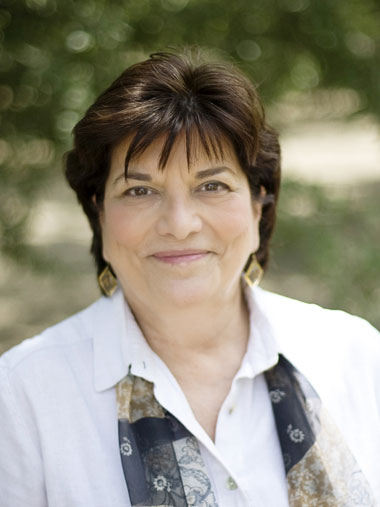 Julie Adams is Vice President, Global Technical and Regulatory Affairs of the Almond Board of California. Julie joined the Board in 2000. Her responsibilities include monitoring and developing strategies to address international trade policy and technical issues such as food safety, market access, Codex standards, phytosanitary requirements, regulatory changes and other areas which impact worldwide production and shipment of California almonds. She oversees the Almond Board’s industry services activities, which is responsible for compliance and food safety programs. Julie has been responsible for coordinating government affairs efforts with State and Federal authorities, including consultations with USDA and global authorities related to import controls and certification programs.

Julie chairs the Nut Processors Working Group of the European Snacks Association, as well as serving as vice chair of the International Tree Nut Council’s (INC) Scientific Committee. She has served for several years on the U.S. Agricultural Trade Advisory Committee for Fruits & Vegetables.

Prior to joining the Board, Julie spent over 15 years with the American Peanut Council, based in Washington, DC and London. 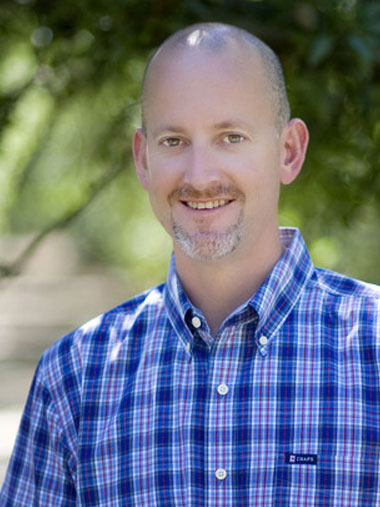 Tim Birmingham joined the Almond Board of California in 2007 as the Associate Director of Industry Relations/Food Quality and Safety. His efforts are focused on actions that will continue to help address emerging and existing food safety issues, as well as ensure the ability to effectively address and identify issues that impact almond quality. Tim serves as the staff liaison for the Almond Quality and Food Safety Committee and is integral in execution of the food quality and safety program. He manages research efforts in these areas helping to ensure confidence in almonds as a safe, healthy, quality food product. He was integral in the implementation of the 2007 program for mandatory pasteurization of almonds and continues to be at the forefront of evaluation of technologies which may be of use for almond pasteurization. His professional career includes over fifteen years of experience in food processing, product and process quality, process validation, food safety and microbiology. Tim is a veteran of the United States Marine Corps, having served in Operation Desert Storm. 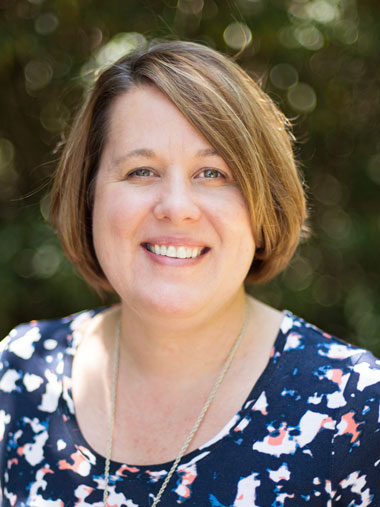 Emily is the Senior Director Global Marketing at the Almond Board of California, where she leads the strategy and implementation of the Board’s global marketing investment including both consumer and trade activities. She joined the Almond Board of California in 2016, after 12 years in Brand Management at food companies. First, at Kraft Foods working on the Oscar Mayer and Lunchables brands followed by California-based Foster Farms managing the company’s Prepared Foods business.

Prior to her career in marketing, she worked in accounting and finance.  She honed her analytic and general business skills in roles at one of the Big 5 accounting firms and global finance with Nike and InFocus Systems.

Emily graduated from Illinois Wesleyan University with a BA in Accounting and the University of North Carolina, Kenan-Flagler School of Business with an MBA in Brand Management. She relocated to California’s Central Valley in 2016 and resides in Turlock, CA along with her husband, son, daughter and their aging Beagle (also known as their first child).  Emily enjoys spending time with her family and embracing all the beautiful outdoor activities California has to offer. 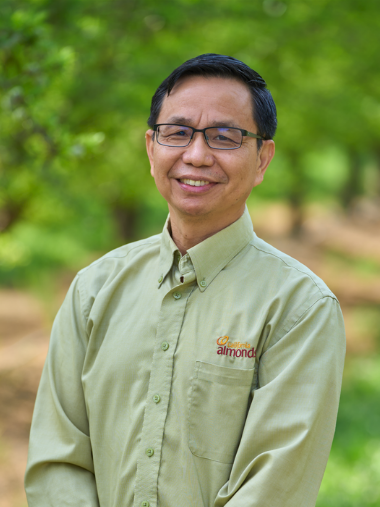 Guangwei has worked at the Almond Board of California since 2001 in various roles, most recently as Associate Director, Food Research and Technology. He directs and manages research in almond quality, safety and processing technology, co-product utilization, harvesting technologies, etc., and he conducts trade education events and food professional outreach activities. Guangwei had played an instrumental role in development of the almond mandatory pasteurization rule. The thermal lethality and surrogate microbial challenge validation guidelines that he developed for existing almond processes and new pasteurization processes based on the findings from extensive research are now widely followed by other nut and low moisture food industries. Presently, he is spending more time in finding more value-added options for almond coproducts including almond hulls, shells, and woody biomass, and better solutions to reduce dust during almond harvest.

Before joining ABC in 2001, Guangwei worked for companies in business of dried fruits and nuts, Mexico frozen foods, organic baby foods and almond processing in California. He had also spent about seven years with the China National Centre for Food Safety Risk Assessment to develop national methods and standards for pesticide residues and contaminants in foods before coming to California in 1990.

Guangwei obtained a B.S. degree in sanitary inspection and technology in 1983 from Sichuan University, and M.S. degree in Food Science from University of California, Davis in 1993. 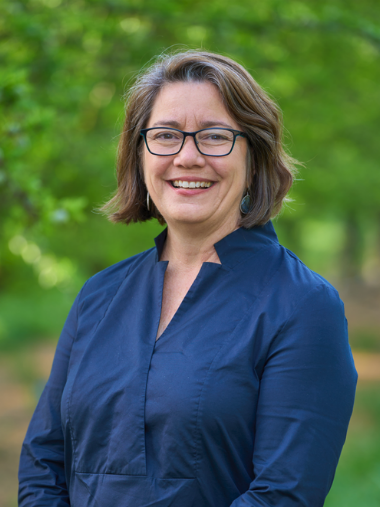 Dr. Josette Lewis has worked in agriculture for more than twenty-five years, spanning government, industry, university and non-governmental organizations. Most recently, she led the Environmental Defence Fund’s collaborations with grower organizations, food companies, and policy makers to promote sustainable agriculture practices. Josette led the launch of the World Food Centre at UC Davis, and worked in international business development with Arcadia Biosciences. Prior to that, Josette spent 16 years at the US Agency for International Development. As Director of the Office of Agriculture at USAID, she worked with senior levels of the U.S. government to develop a $1 billion per year global food security initiative. She has served on the US Secretary of Agriculture’s advisory committee on Agricultural Biotechnology in the 21 Century, the Foundation for Agricultural Research’s Food Systems Innovation Advisory Committee, the James Beard Foundation Impact Program Advisory Committee, and is a member of the board of directors for the International Life Sciences Institute Research Foundation. 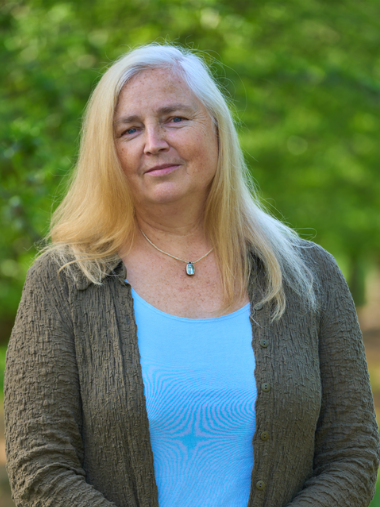 Dr. Gabriele Ludwig has been working for the Almond Board of California for more than 10 years. Gabriele combines her passion for agriculture and the environment with research and policy. As Director for Sustainability and Environmental Affairs, she was instrumental in the development of the California Almond Sustainability Program and continues to encourage a diverse range of research on almonds and environmental issues.

She is currently a participant of the California Roundtable for Ag and the Environment, Board chair for the non-profit Coalition for Urban/Rural Environmental Stewardship and serves on several government agencies’ advisory committees.  Prior to joining the Almond Board, she worked for the consulting firm Schramm, Williams & Associates in Washington, DC.  She received her Ph.D. in plant physiology from the University of California, Davis and her B.A. in Biology from Wellesley College. 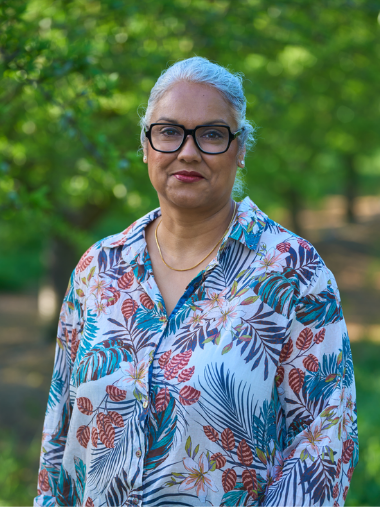 Harbinder joined ABC in July 2005 as Manager, Food Service and Industrial Marketing. In her position, she is responsible for developing and implementing the Almond Board’s foodservice and industrial marketing programs, including agency management and tradeshow supervision. Her last position allowed her to spend three years working in the non-profit sector for MedicAlert Foundation in Turlock, California, where, in her role as Marketing Manager, she was responsible for developing and executing targeted disease group marketing campaigns. Prior to arriving in the United States from the United Kingdom, she held management positions in brand marketing and business development for United Business Media, Boo.Com Group, Ltd., and Alfred Dunhill. In addition to an engineering degree from the University of Huddersfield, Harbinder holds an MBA from the University of Cambridge. Harbinder is fluent in Punjabi. 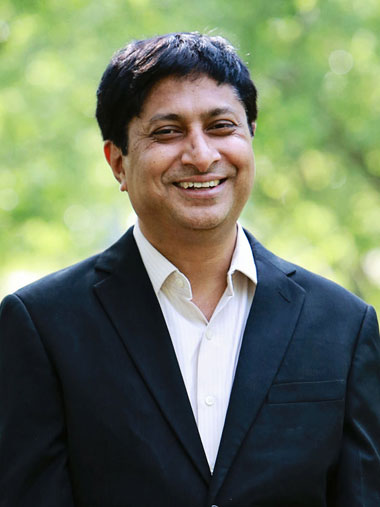 Sudarshan is responsible for driving the strategy, execution and the growth of the almond industry in India. In this capacity, he is entrusted with the jobof drawing out the marketing strategy for India; and leading the advertising, communication and trade stewardship programs.

With over 30 years of experience in strategy, management and brand building, Sudarshan has been working towards establishing the importance of including almonds as an integral part of a healthy diet in India by consistently demonstrating their multiple health benefits through international nutrition research and a network of credible nutritionists, experts and media.

His experience spans across the spectrum of marketing industry, having worked with leading consumer marketing and advertising agencies in the country. He has a deep understanding of consumer research, advertising, Public Relations, trade management. Since 1984, Sudarshan has played key roles in various industries ranging from consumer products, automotive industry and consumer healthcare.

Prior to his association with the Almond Board of California, Sudarshan was the Director for Marketing and Corporate Communications at Fortis Healthcare Ltd. His previous employers also include GlaxoSmithKline, Rasna, J. Walter Thomson (JWT), FCB Ulka and Lowe Lintas. Sudarshan has completed his Master in Business Administration from Faculty of Management Studies (FMS Delhi), one of the top business schools in India; and also holds a Master degree in Physics from St. Stephens’ College, University of Delhi. 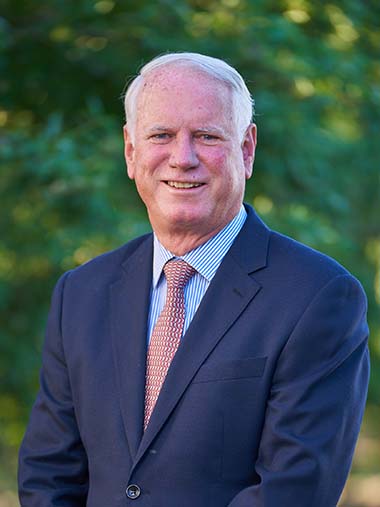 The Almond Board of California’s President and CEO, Richard Waycott, joined the organization in 2002. Prior to heading up the ABC, Mr. Waycott worked for over 20 years, mostly in Latin America, in the food manufacturing and agribusiness industries, with extensive experience in the consumer products and B-to-B grains and oilseeds market segments.

Richard’s experience complements the other professionals at the Almond Board by bringing strategic leadership to the global development of the California almond industry. Almond production and worldwide almond shipments, as well as the activities of the ABC, have grown tremendously over the past two decades, with Almond Board programs now touching every aspect of the industry’s interests. 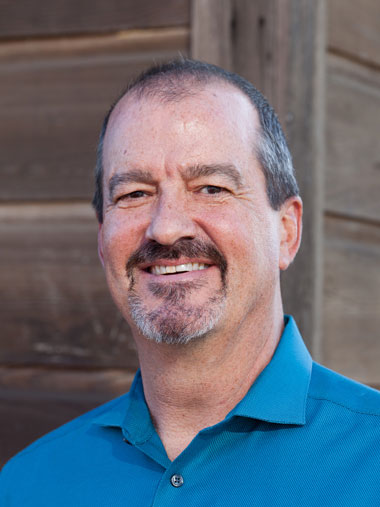 Daren joined the Almond Board of California in February 2018 as Senior Director of Global Communications, directing the Board’s Reputation Management, Industry Relations and Communications, and Field Outreach and Education programs. In this role, he oversees communications to almond growers to drive adoption of best practices throughout the industry and, in turn, share the positive story with customers and consumers.

Prior to joining ABC, Daren was senior executive director of communications at the National Cattlemen’s Beef Association, where he led issues and crisis response, media relations and grassroots advocacy efforts for more than a decade.

A native Kansan, Daren began his career on the 1988 presidential campaign of Senator Bob Dole (R-KS). When that effort fell short of the White House, he joined Agri/Washington, a Washington, D.C.-based agricultural public affairs firm, representing clients in the halls of USDA, FDA, EPA, and Capitol Hill.

After 10 years in the Nation’s Capital, Daren returned to his Midwestern roots to join the Kansas City office of Fleishman Hillard International Communications, where he provided communications counsel for a wide variety of clients in food and agriculture, health care, and consumer products.

Daren holds a bachelor’s degree in English from Ottawa University in Kansas, where he met his wife, Leslie. Daren and Leslie have two grown daughters, Shelby and Haley.